Suppose residents of a rural community in a developing nation spend all of their income on two goods: clothing and food. The price of clothing is 10 dinar per package and the price of food is 5 dinar per kilogram.

Consider a family with income of 200 dinar per week. In the absence of any government program, the family would consume 30 kg of food.

The distribution of incomes in Pawnee, Eagleton, and The Good Place follows the Lorenz curves plotted below, with the following Gini coefficients: 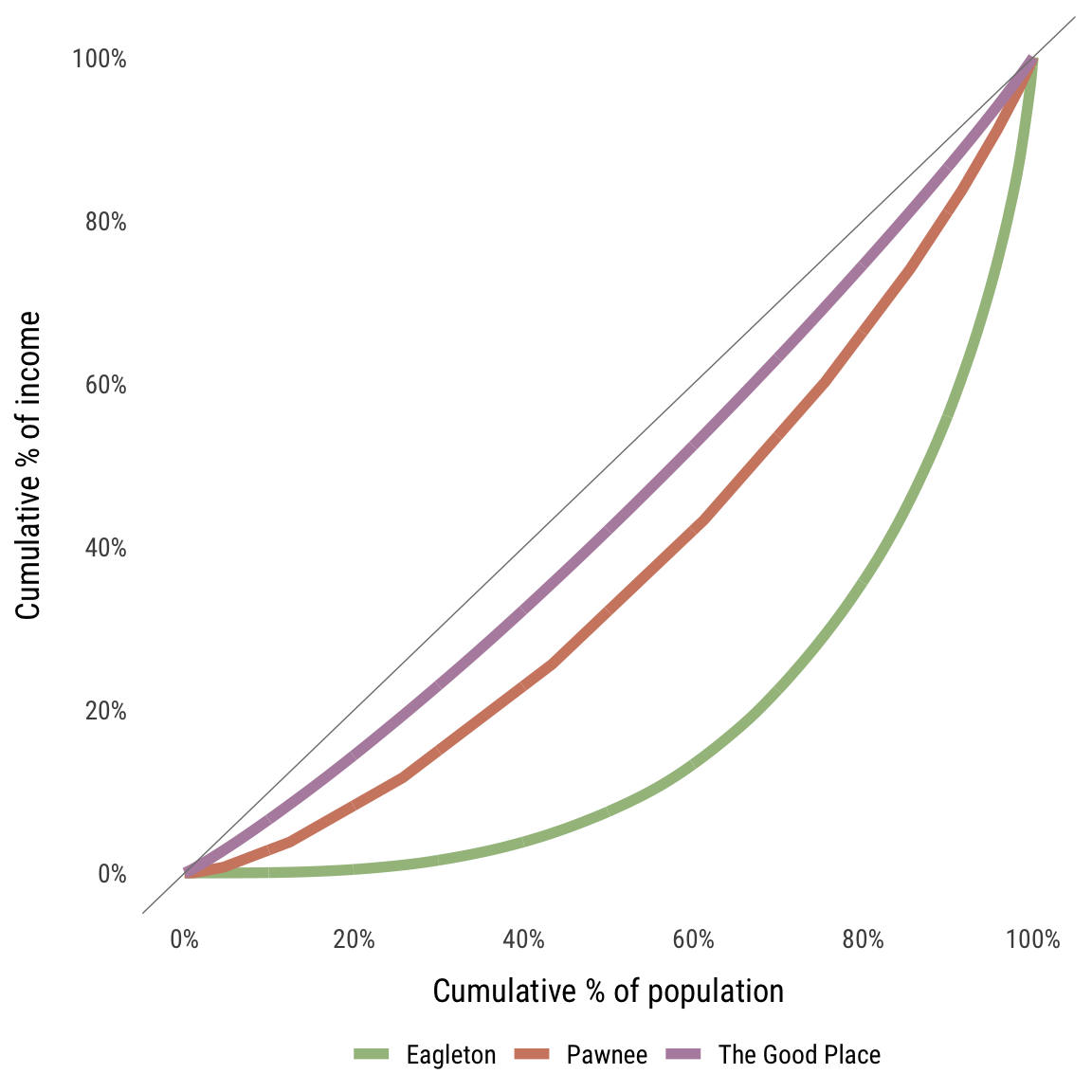 Which city has the most equally distributed income? Which has the least? How do you know? What are the possible implications of the income distributions in each of the cities? Discuss in ≈60 words

Think of two public or nonprofit sector jobs. In each case, describe why the employment contract is necessarily incomplete. What important parts of the person’s job—things that the employer would like to see the employee do or not do—cannot be covered in a contract, or if they are, cannot be enforced? Discuss in ≈75 words.

Consider the following income distribution in a 10-person society:

Draw the Lorenz curve for the society and calculate the Gini coefficient. What does this number mean?The Excel file from class 6 will be helpful here.

True or false: The substitution effect of a price change always goes in the opposite direction from the income effect. Explain with a graph and discuss in ≈30 words.

Consider an individual’s indifference curves for the consumption of two goods (things you would like to have more of). In this case, which of the following statements are true (only one is true)? Explain why each option is true or false in ≈20 words.The Marginal Revolution videos on indifference curves will be super helpful here.

Leslie Knope, deputy director of the parks department, once mused “Why would anybody ever eat anything besides breakfast food?” Consistent with this belief, she consumes waffles whenever possible.

For each of these questions, select the appropriate answer(s) and explain why in ≈20 words.